Benbecula, one of the smaller islands of the Outer Hebrides, is home to an important Scheduled Monument:

Teampull Chaluim Chille in the village of Balivanich was an ancient church dedicated to St. Columba. Its remains are located just a few hundred yards south of the B892 coming into Balivanich from the east. 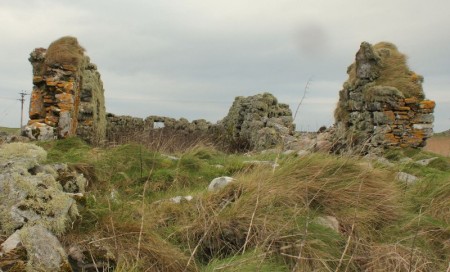 Despite its historic value, the site is little known to the public and has been widely ignored by national and international travel literature. In 2012, local residents began to investigate the opportunity and viability of stabilising Teampull Chaluim Chille. After several public meetings and consultations, a Steering Group was set up in early 2014, and there is now every hope that sufficient funding can be raised to preserve and promote this important evidence of early Christianity in the Western Isles.